“Why are some chatbots so dumb?” – how to make a chatbot that people actually want to talk to 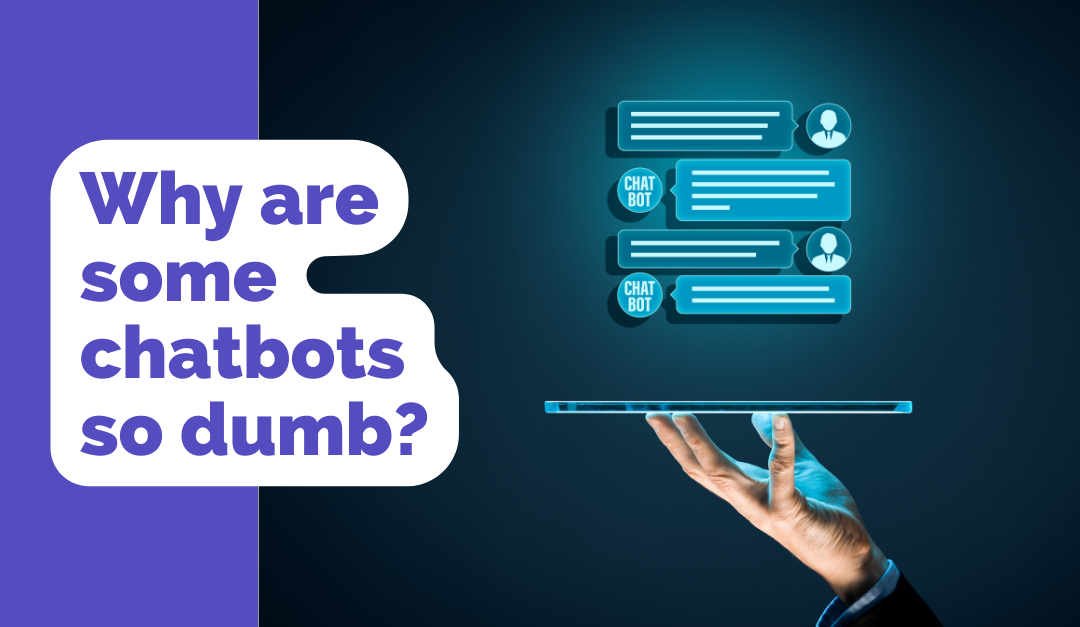 What is a chatbot? A bot you have a conversation with – those things on websites. You’ve probably interacted with them at one time in your life.

A common reaction we see is ‘why are they so dumb?’ As the number of chatbots on the market grows, so too does frustration with the number of ‘dumb’ chatbots available.

So, what’s going wrong, and what needs to happen to make chatbot conversations more intelligent?

The origin of chatbots can be found in Alan Turing’s 1950 proposal of an ‘imitation game’, now referred to as the Turing test, as a way of assessing whether a computer is intelligent. The computer program (aka chatbot) is tasked to impersonate a human being in a real-time, written conversation with a human judge. This idea motivated Joseph Weizenbaum to create one of the first chatbots, ELIZA, in 1966, which pretended to be a psychotherapist and fooled many of its users to pour out their hearts to it. It’s an early example of how a chatbot can be highly effective just through good design, without necessitating the advances in AI that have happened in the subsequent half-century.

We’ve seen an accelerating pace of progress in academic research in chatbots over this period. In theory, those advances should have produced much superior chatbot experiences, but, in practice, many chatbots that you encounter don’t seem to be very smart of helpful.

Chatbots hold out the promise of ‘imitating’ human communication, but an obsession with the newest technologies has continued to overshadow the need for good design. And this has led to some disappointing customer experiences.

Chatbots are more than their knowledgebase and the artificial intelligence which helps the bot find the correct answer. Because a chatbot interaction is based around a human conversation, all elements of human communication need to be integrated for the interaction to be enjoyable. First, there’s the quality of the content – its accuracy and completeness – but there’s also context, sentiment, colloquialisms, and perhaps gestures and facial expressions, as well as turn-taking and learning from previous interactions. These all contribute to the customer experience and perception of its intelligence.

Most chatbot elements are not dependent on AI, but rather conversation design which incorporates aspects of human communication, such as context awareness and language. It is actually these elements that can deliver a truly satisfying experience and one that is far superior to, say, simply reading FAQs.

Creating a satisfying chatbot – first, be honest and upfront

A chatbot needs to pro-actively manage customer expectations from the get-go, firstly by being clear that it isn’t a real person. For example, at Clevertar we often use an animated character to deliver the conversation which makes ‘I’m a bot’ obvious, while also being a visual point of engagement.

Your bot should also quickly set expectations about its area of expertise so that customers can advance or exit. This creates rapport, while also avoids unnecessary frustration and is essential for an enjoyable interaction. By providing examples, multiple-choice options, quick explanations, and other preamble to the conversation, a chatbot can easily help customers know if the tool is right for them. And if a question is out of scope, it should explicitly tell the user what they can do instead.

The importance of chatbot design

Chatbot developers should always ask who they are helping and why. This underpins all decisions about the chatbot design, including the language the bot will recognise and use, the way a conversation is prompted, structured and resolved, and the personality of the chatbot itself.

However, at the beginning it’s useful to keep a lid on your chatbot’s scope. It is better for the chatbot to respond to a narrow, but predictable set of questions from customers rather than attempt to answer them all. This clarity creates customer trust and avoids the dreaded ‘dumb chatbot’ perception. 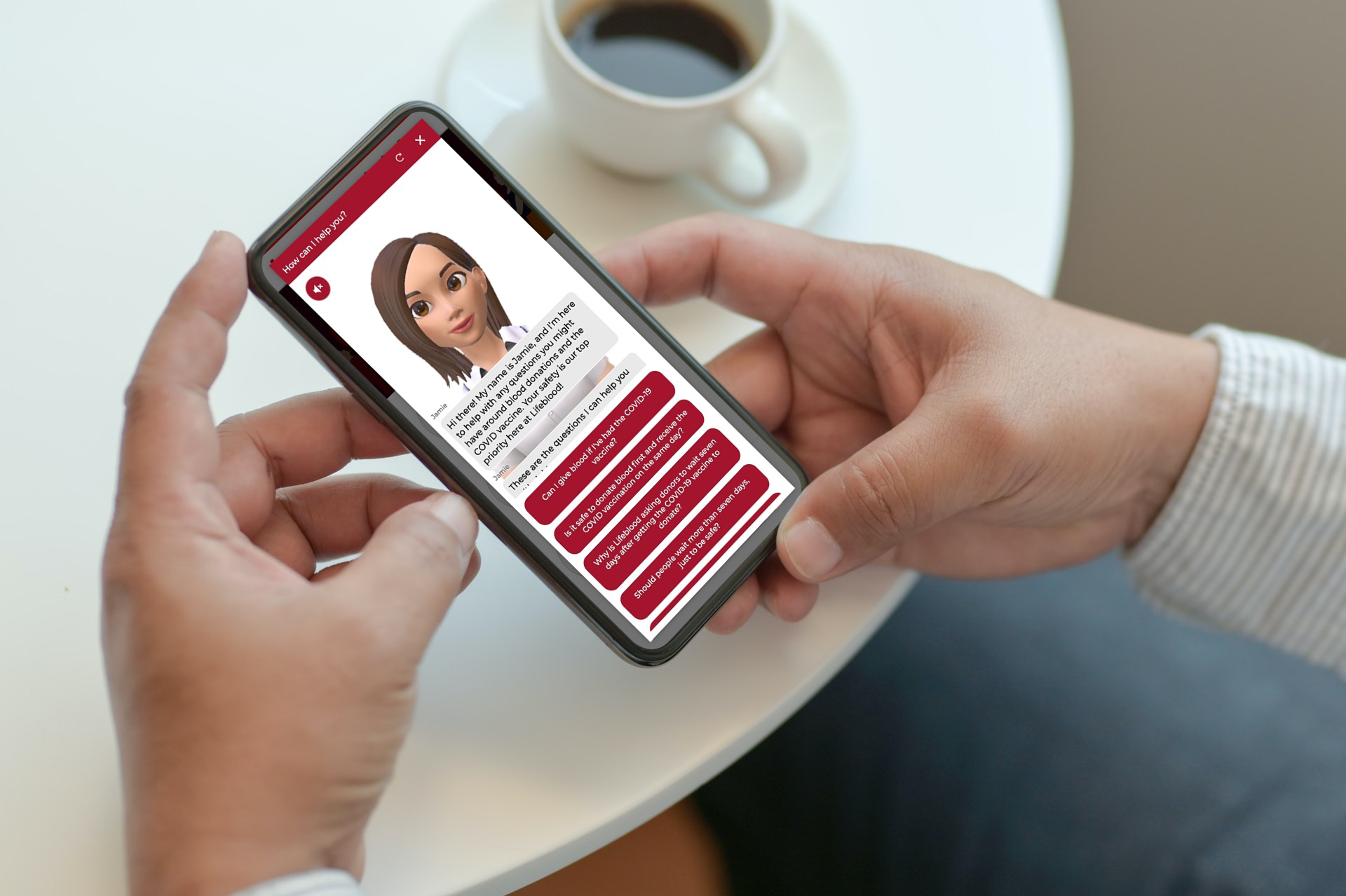 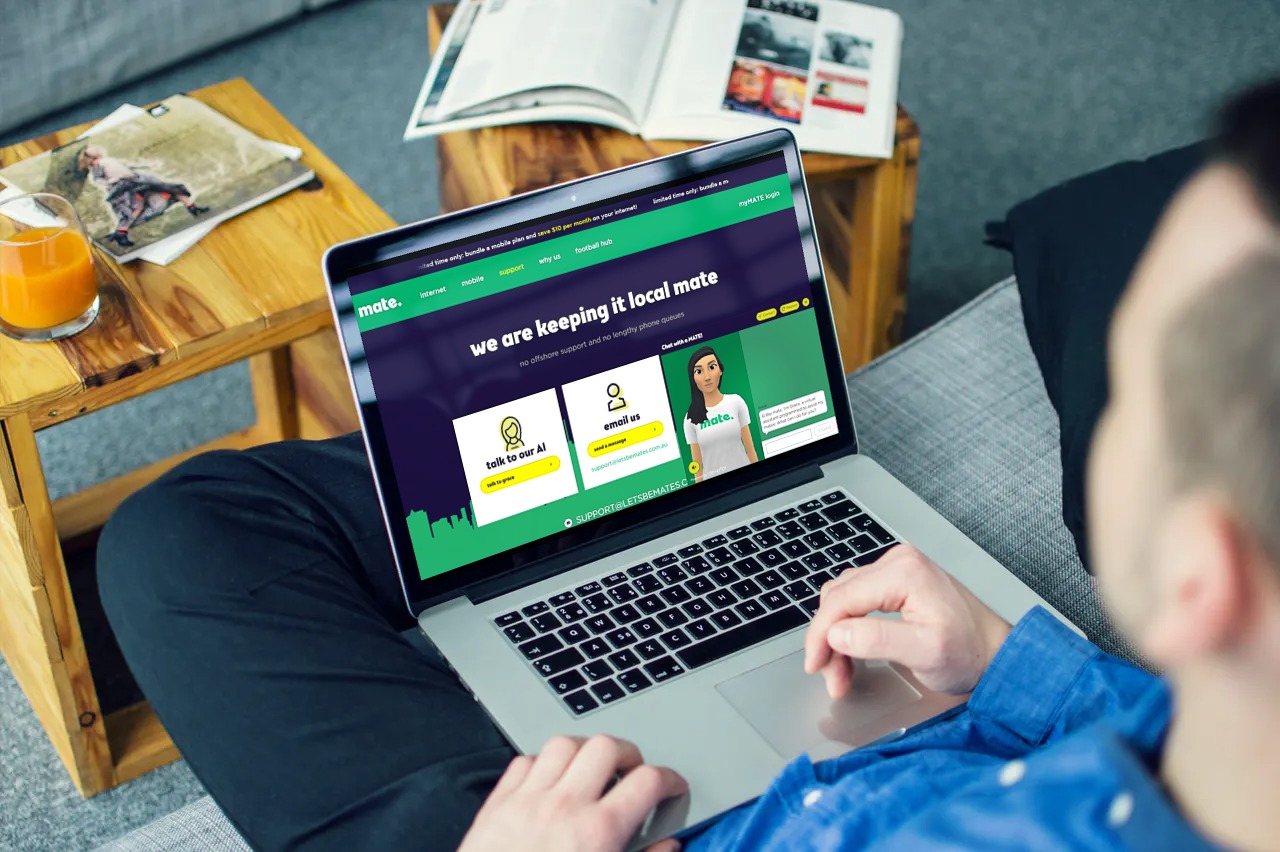 For example, Clevertar created a chatbot for a government agency to help landlords with tenancy issues. Now, if the chatbot needed to answer both landlords and tenants, it may need to understand either of the following statements:

In this case, the agency’s chatbot was designed to help landlords only.

This was not because discerning between these intents is too difficult, but because customer satisfaction is dependent on more than being given a technically correct answer. For a customer to be genuinely satisfied with the experience, our chatbot not only needs to correctly interpret the question, but also help the customer navigate to an answer in a way that they understand and relate to. Customers have different levels of expertise, are driven by different objectives, and operate in different contexts, and the chatbot should acknowledge this in the way it speaks and offers support too.

Of course, a chatbot could offer to answer everyone’s questions, but additional content adds complexity and increases upfront development time. We recommend that to prove the business case and provide a great experience, it is better start with a limited scope and learn from real customer interactions before expanding to other groups over time. In our example, landlords and property managers had a satisfaction level of 83% when dealing with the chatbot because their needs were front and centre in the chatbot design.

Humans need training, and so do chatbots. This takes time and effort and is ongoing – although less as time goes by. Training involves the regular review of unhandled questions/responses and then implementing appropriate changes to handle these (even if they are not within the original scope). Developers should also monitor the customer’s frustration level and change strategy using new dialog or web chat if the user is clearly not making progress, while also reviewing opportunities for knowledgebase expansion.

Monitoring and optimising your chatbot is ongoing, but it’s also rewarding. It enables a new voice-of-the-customer channel, providing data on conversational interactions with your organisation and offering insights for future opportunities.

“I didn’t think I’d actually prefer to deal with a bot than a real person. Thank you for your help” isn’t unusual in our experience.

Developers need to be committed to a high-quality outcome and invest the effort and expertise required for it. AI can help with this but isn’t as important as it’s often made out to be; especially for task-oriented business chatbots (as opposed to social ones, which don’t actually have to do anything useful). A ‘smart’ and satisfying customer support chatbot is encoded effectively with an extensive knowledgebase, it applies human conversational qualities, and sets expectations from the start.

These are the chatbots that make a difference, the ones that genuinely increase user experience for their brands.